If you don't have an account, you can sign up here.
Thank you! Your submission has been received!
Oops! Something went wrong while submitting the form. 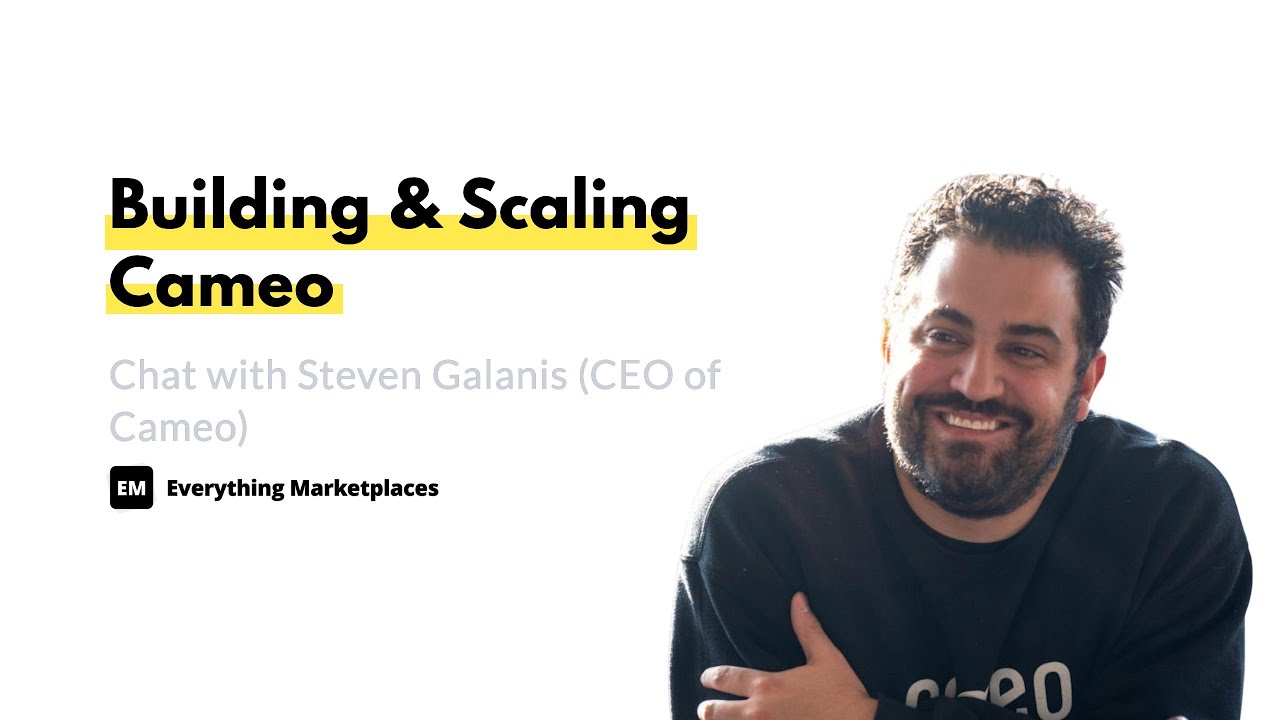 Recording of the Everything Marketplaces Group Chat #053 (5/21) with Steven Galanis, who's the Co-founder & CEO of Cameo. Cameo is a marketplace for personalized videos & messages and has over 40k celebrities, athletes, musicians, influencers, and other talent that use the platform. Cameo has also been noted as one of the fastest growing consumer marketplaces and has raised over $165m+ from top tier venture funds at a $1b+ valuation.